Focus on Effort Not Achievement To Raise Successful Kids

We can learn much from the overlap between different elements of life. Lessons from goal setting and the resulting accomplishments aren’t just for performers at the top of their fields, they’re also for children on their path to independence and the parents who guide them.

Research in the field of pediatric social psychology by Mueller and Dweck (1998), Praise for intelligence can undermine children’s motivation and performance, tells us that it is effort, not ability that matters in predicting future success.

The abstract of the study makes for interesting reading:

So not only has praise for effort shown to increase future performance, but it also acts to create more resilient and persistent children with more grit when faced with adversity.

What can we learn from this, and how does this reflect other fields of social psychology?

According to the research, the focus with children should be to set process and effort based goals, rather than outcome based goals. This is more evidence for the fact that while focusing on process goals increases the chance of achieving a desired outcome, the opposite is not necessarily true.

With a focus on effort and the correct process, the outcomes will look after themselves.

Contrary to popular belief, you don’t always need to fix the things you suck at in business. Establishing the USP...

END_OF_DOCUMENT_TOKEN_TO_BE_REPLACED

The key to improving posture for teenagers on the NDIS

Providing Exercise Physiology services for teenagers on the NDIS, there is one key focus that pay dividends again and...

END_OF_DOCUMENT_TOKEN_TO_BE_REPLACED 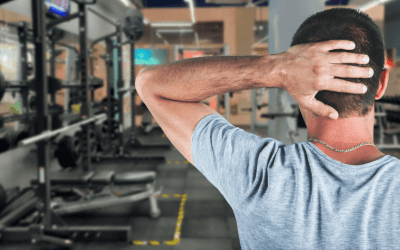 A career needs to solve the problems of the person who has that career. A young, newly graduated Personal Trainer...