How difficult exercise is, is NOT a measure of its benefit

There seems to be a general belief that the HARDER an exercise session is, the more BENEFIT it will give you.

That without ending up in a crumpled, sweaty puddle on the floor, the session will be a waste of time.

Too often, we tend to think that levels of exertion and how much benefit we’ll get from the session are perfectly correlated. Work harder… get more results.

In fact, intensity is a really important variable.

It’s possibly THE most important variable.

But there’s a misunderstanding of what intensity is. It’s not aching muscles, burning lungs, high heart rate and pouring sweat. Sure, these things can be one SIGN of intensity, but they’re certainly not the only sign.

The top graph below shows how people THINK it works. The bottom graph is how it actually works. 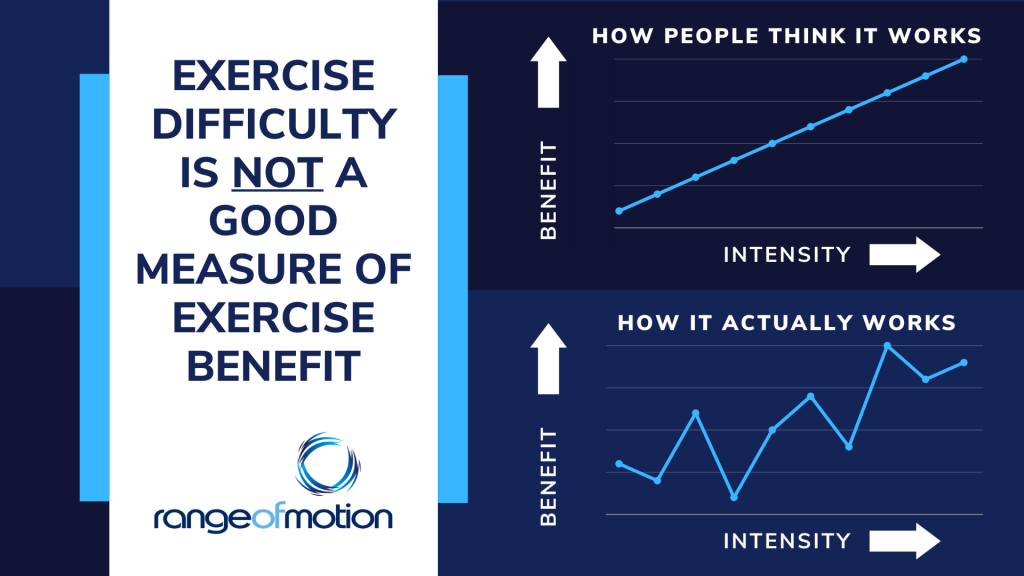 There are some examples of HIGHLY beneficial training styles and methodologies that are often neglected because they’re ‘not hard enough’.

Intensity isn’t It’s as much about exertion as it is intent.

Once you realise this, you’ll open up your mind to a whole new range of exercise possibilities that will significantly benefit your future health.

← Prev: How to get the most out of yourself with the Hawthorne Effect Next: Event Release: 2020 Perth Fitness Business Summit​ →

Before you start any marketing, you need to decide who your business is for. Access our free Avatar Worksheet here.

END_OF_DOCUMENT_TOKEN_TO_BE_REPLACED 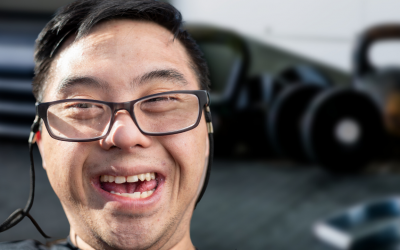 The most important exercise for individuals with a disability

Asking the most important type of exercise for individuals living with a disability needs a very individualised...

END_OF_DOCUMENT_TOKEN_TO_BE_REPLACED 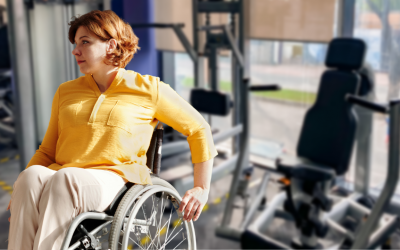 There’s a fine line when designing exercise programs for people living with a...